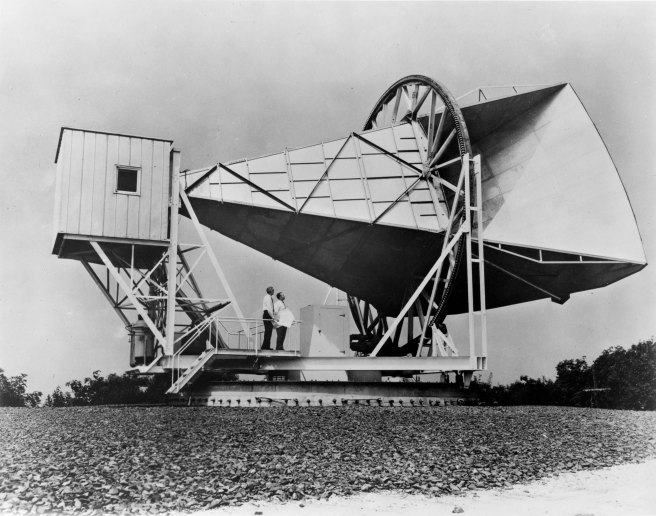 The Holmdel Antennae was the unlikely looking instrument that accidentally discovered the first evidence to support the Big Bang Theory. Built in 1959 to support NASA’s Project Echo, Arno Penzias and Robert Wilson — two radio astronomers working at Bell Telephone Laboratories gained access to it after advances in satellite technology effectively rendered it redundant in 1962 in order to study emissions from the milky way. Yet wherever they pointed it they kept getting background noise. Initially unsure as to its origin — they thought it may have been a build up of pigeon guano or “white dielectric material” — on hearing of an unpublished paper by a team of Princeton astrophysicists which mooted that the Big Bang would have left dispersed but detectable background radiation albeit in a much lower range, they realised there may be more to it after all. After contacting and sharing their findings with Robert Dicke (the Princeton team leader) it was agreed that the source of the noise was in fact an echo of our very beginning. In an act of solidarity both teams published their papers at the same time, slightly less altruistic were the Nobel Committee who awarded the Nobel Prize in physics to Penzias and Wilson in 1978.